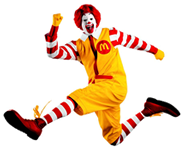 Ebrahim Maghsoud is a franchisor of five McDonald's in Ellettsville and Bloomington Indiana. With the imminent threat of revolution, he fled his country as a young man to take refuge in the United States. On Christmas day in 1976, Ebrahim arrived in America.

He earned his degree in Bio Med Engineering at Louisiana Tech University while working as a maintenance person at McDonald's. He continued his education earning a degree in Petroleum Engineering and an MBA. In 1986, Ebrahim attended Hamburger University and was promoted to store manager. Ten years later, he became a McDonald's Owner Operator in Mobile, Alabama.

Recently, Ebrahim sold his 12 restaurants in Alabama to relocate his family to Bloomington Indiana where he owns and operates all 5 McDonald's in Bloomington and Ellettsville.

Since becoming a McDonald's Franchisee, Ebrahim has served in leadership positions on multiple national committees representing McDonald's Owner Operators across the United States. He currently serves as the Vice- Chair of the McDonald's National Franchising Leadership Association. "My dreams have become a reality. I'm married to a beautiful lady name Sara for 22 years. We're blessed with two children, and I get to be part of one of the greatest brands in the world." 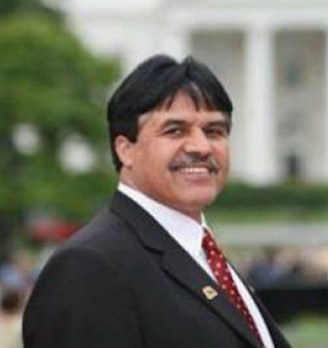 We Want Your Feedback!

We truly appreciate your feedback and want to know about your experience in our restaurants. Complete the short form below to let us know how we did.

Fill out my online form.

Copyright 2021. Hafez Group. All rights reserved, worldwide.
Website design and hosting by MSW Interactive Designs LLC. We put the web to work for you!